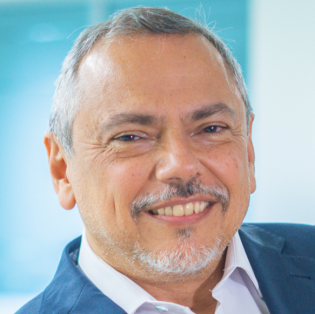 It has more than 200 managerial and academic publications, most of which revolve around transformation and innovation processes in which it has participated directly.

Barahona, J., Badilla, E. & Doryan, E. (1994). Citizen Training in the Era of Sustainability? In Reflection on Policy in Educational Informatics.

Barahona, J. (2011). Networking: A Methodology that Supports Strategic Positioning and Operational Effectiveness in Organizations in the XXI Century (pp. 29-36).

Elizondo, A. & Barahona, J. (2017). Safecast Case: Citizen Science and Complexity Management in Japan, After the Earthquake, Tsunami and the Emergency at the Fukushima Nuclear Plant. INCAE.

Zuleta, R. & Barahona, J. (2009). Schematic (B): And the Future of Interactive Advertising Outside the Home. INCAE.

Barahona, J. & Elizondo, A. (2013). Measuring the Provision of Public Services by Digital Means. In This paper was presented in the 13th European Conference on E-Government, University of Insubria.

Barahona, J. (2006). Advice and Influence: The Flow of Advice and the Diffusion of Innovation. In This paper was presented at the XXVI International Sunbelt Social Network Conference.

Barahona, J., Zuleta, R. & Calderón, O. (2006). Tool for the Evaluation of the Quality of the Provision of Government Services by Digital Media. In 1st Workshop on Evaluation of e-Government Evaluation Methodologies in Ibero America ..

Barahona, J. & Calderón, O. (2006). Dissemination and Quality of the Provision of Public Services by Digital Media in the Municipalities of Costa Rica. In 1st Workshop on Evaluation of e-Government Evaluation Methodologies in Ibero America.

Barahona, J. (1999). Customs Reform in Central America. In Present in the Conference on the Caribbean and Latin America.

Barahona, J. (1999). The Latin American Experience with the Use of Verification Companies. In International Seminar The Value of Merchandise in Customs. Customs Research Center and International Trade.

Barahona, J. (1997). Costa Rican Experience in Education. In Presented at the International Seminar in Innovative Experiences in Social Policy and Social Management.

Barahona, J. (1994). Citizen Formation in the Era of Sustainability. In Paper presented in the National Workshop of Reflection on Educational Computing Policy in Costa Rica.

Barahona, J. (1994). The Financial Sector In The Caribbean Basin: Recent Evolution And Prospects. In Paper presented in the Financial Services Seminar for International Executives of the Loyola University Business School at New Orleans.

Barahona, J. (2009). Schematic and the Future of Interactive Advertising Outside the Home. INCAE Business Review.

Barahona, J. (2018). Methodology for the Selection of Projects, Evaluation and Proposed Portfolio.

Barahona, J. & Elizondo, A. (2012). Evaluation of the Provision of Public Services by Digital Media in Costa Rica. INCAE.

Barahona, J., Elizondo, A. & Miño, HM (2010). Analysis of Best Practices in Public Procurement by Electronic Means: International Approaches and Experiences in the Implementation of E-Procurement Solutions.

Barahona, J., Elizondo, A. & Miño, HM (2010). Analysis of the Services Industry in Infocommunications.

Barahona, J., Elizondo, A. & Jiménez, G. (2009). Identification of the Challenges for the Adoption, Appropriation and Implementation of an E-Procurement System in Costa Rica.

Barahona, J., Elizondo, AM & Miño, HM (2009). Lessons Learned in the Technical Secretariat of Digital Government: Systematization of Results of the Diagnostic Workshop.

Juan Carlos Barahona is an associate professor at INCAE Business School. His general academic interest is in the role of digital technologies and social structures in the diffusion of ideas, behaviors and artifacts.

He was a member of the Human Dynamics Group of the Media Lab at the Massachusetts Institute of Technology. The scientific research group led by Prof. Alex (Sandy) Pentland, one of the most cited computer scientists and considered by Newsweek magazine as one of the 100 most influential people on the planet.

Before joining MIT, he was Deputy Director of the Latin American Center for Competitiveness and Sustainable Development of INCAE, and a consultant for the World Bank for the development of the strategy and preparation of the business plan for the Mesoamerican Biological Corridor, and on issues related to education.

At the end of the XNUMXs, he led the research team that developed the conceptual model and facilitated the reform process of the five Central American customs, as part of a joint action-research initiative on trade logistics of the Harvard Center for International Development Development. , from the Center for Strategy and Competition of the Harvard Business School and INCAE.

Prof. Barahona has served as a consultant for companies and governments in several Latin American countries in the fields of strategy and organization. He is a co-author of the educational policy of Costa Rica and one of the pioneers in digital government in that country. He is the author of business case studies, articles, books, and book chapters on sustainable development, customs reform, trade logistics, information technology for development, and social media analysis. Before pursuing an academic career, he was the founding entrepreneur of a software company and a business consulting firm.

At present, he complements his academic work with advising companies as a consultant or as a member of its board of directors.