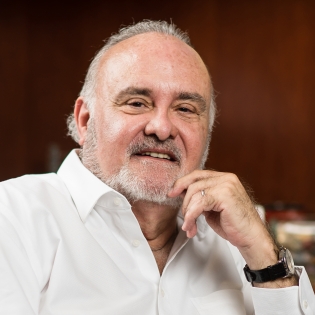 He served as Dean of INCAE and has been a professor in the Banking and Finance areas of the Institute. With the support of the World Bank's International Finance Corporation, UNDP and Harvard Business School, he led the founding of ProNicaragua, the country's main investment promotion agency. He has been a director and adviser to private regional banks, insurance companies, commercial and industrial companies, foundations and non-profit organizations.

He was a researcher and teaching assistant for the Investment Management course and the Financial Institutions course in the MBA program at Harvard Business School. He also held important positions in the public sector of his country. He is the author of four books and more than 70 articles, cases, and technical notes.

Montiel, E. (2014). How to estimate the cost of own resources: Theory and Practice. INCAE.

Marín, J. & Montiel, E. (1992). The Board of Directors and the Business Strategy. INCAE Business Review.

Montiel, E. (2004). Assessing the Flexibility of Investments with Real Options.

As Professor Emeritus at INCAE Business School, he has been in charge of the course on Corporate Finance in the Executive Master in Management, as well as the course Financial Innovations and Fintechs in the Master of Finance. He has been Academic Director of both the Executive Master in Management and the Executive MBA. He served as Dean of INCAE and previously as director of the Banking and Finance Program. He was a researcher at Harvard University, as well as a teaching assistant for the course financial institutions and of the course Investment Management in the Harvard Business School MBA Program, where he earned his Ph.D. specializing in Financial Institutions and Markets.

Dr. Montiel was the founder of ProNicaragua, an investment promotion agency established in 2002 with the support of the International Finance Association (IFC) of the World Bank, UNDP and Harvard Business School. ProNicaragua received the 2006 WAIPA Award granted by the World Association of Investment Promotion Agencies as the best in Latin America and one of the five best in the world among the more than 100 investment promotion agencies operating at that time.

Professor Montiel was also founder and president of Cambridge Consulting, Advising numerous companies and financial institutions in more than a dozen countries in Latin America. In Europe he has also worked with multinational companies in France, Finland, the Netherlands and Italy. He has been a director of private regional banks, insurance companies, commercial and industrial companies, foundations and non-profit organizations.

In the public sector, Dr. Montiel was appointed Minister of Finance and Public Credit of Nicaragua by President Enrique Bolaños, being also Governor of the Inter-American Development Bank (IDB), the Central American Bank for Economic Integration (CABEI) as well as President of the Superintendence of Banks of Nicaragua (SIBOIF).