I, Enrique Bolaños, am an Incaist

Almost 50 years after graduating from INCAE, Enrique Bolaños Abaunza has not only returned –as Rector– to the place that prepared him for professional success; he also serves as an inspirational figure for new generations seeking to stand out in the region and have an impact worthy of the best Incaists.

How to maintain a spirit of service in the face of adversity? How difficult was it to return to the place that marked your working life? Don Enrique tells us about his life, the challenges he faced to reach the professional success that supports him today, and above all, the pride he feels in being part of INCAE, an institution that gave him lasting friendships to this day. Without a doubt, a true example of what it means to be an Incaist.

What do you remember about your first day at INCAE as a student?

I graduated from the University of Michigan with an engineering degree, and my goal was to pursue my master's degree in the region. When I found out about INCAE, I decided to apply. The day they accepted me was the happiest. Why? Because if he wanted to live in Nicaragua, in the region, he did not consider it the most appropriate thing to get a master's degree outside the region; Local contacts, networks, studying regional issues were important to me. That day was the culmination of my aspiration to enter a prestigious school in the region.
That first day –in the seventies– my fears were “will I be able to compete?, will I do well?, how will the challenge against the others be?” Because here comes the best of the best of the region. It was anxiety mixed with enthusiasm, encouragement and a spirit of achievement, but also with certain concerns and fear of being successful in this project.

Were there colleagues who later became lifelong friends, Don Enrique?

INCAE colleagues really change one's life, because one is assigned to study groups based on preparation and previous experience. Part of the purpose of those study groups was to support what one more person could contribute.

And yes, I did manage to make lifelong friendships that I still have almost 50 years after I graduated. Now I remember two: when I went into exile in 1979, one of them went out of his way to find me a job to help me through the difficult process I was going through. Later, when I lived in Mexico in 1990, another friend tried in every way possible how I could stay working with him, because of the friendship we had. Today the Incaists of that class have our chat on WhatsApp and we continue to communicate every day. That friendship, that solid relationship of friends, has persisted for 50 years.

You came from studying in the United States and had some priorities. Did your time at INCAE change them?

I define my time at INCAE in several stages. I graduated in 1974, and at that time I was already married with three children. My priority was to be the best businessman, the best executive, the best possible professional, but also to contribute to my country. That mission of being part of the community marked me during my time at INCAE. 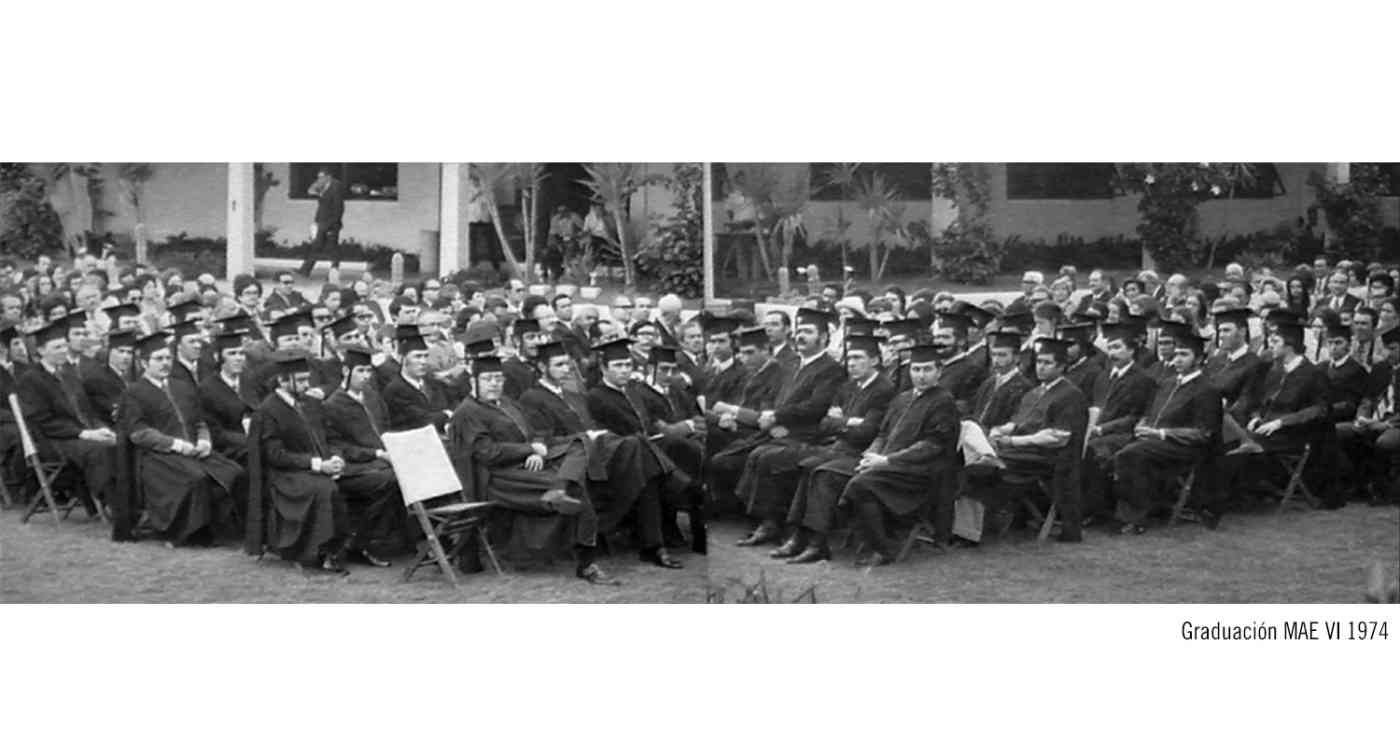 In 2012, almost retired, INCAE asked me to work with them, and I felt two things. On the one hand, how can I not give back to my alma mater after what it has given me? The success I had I owe to them. On the other hand, when they offer me that 'second life', I remembered their mission, related to the integral development of countries, sustainability, the rule of law, inclusion, and said: “I must be part of this!” 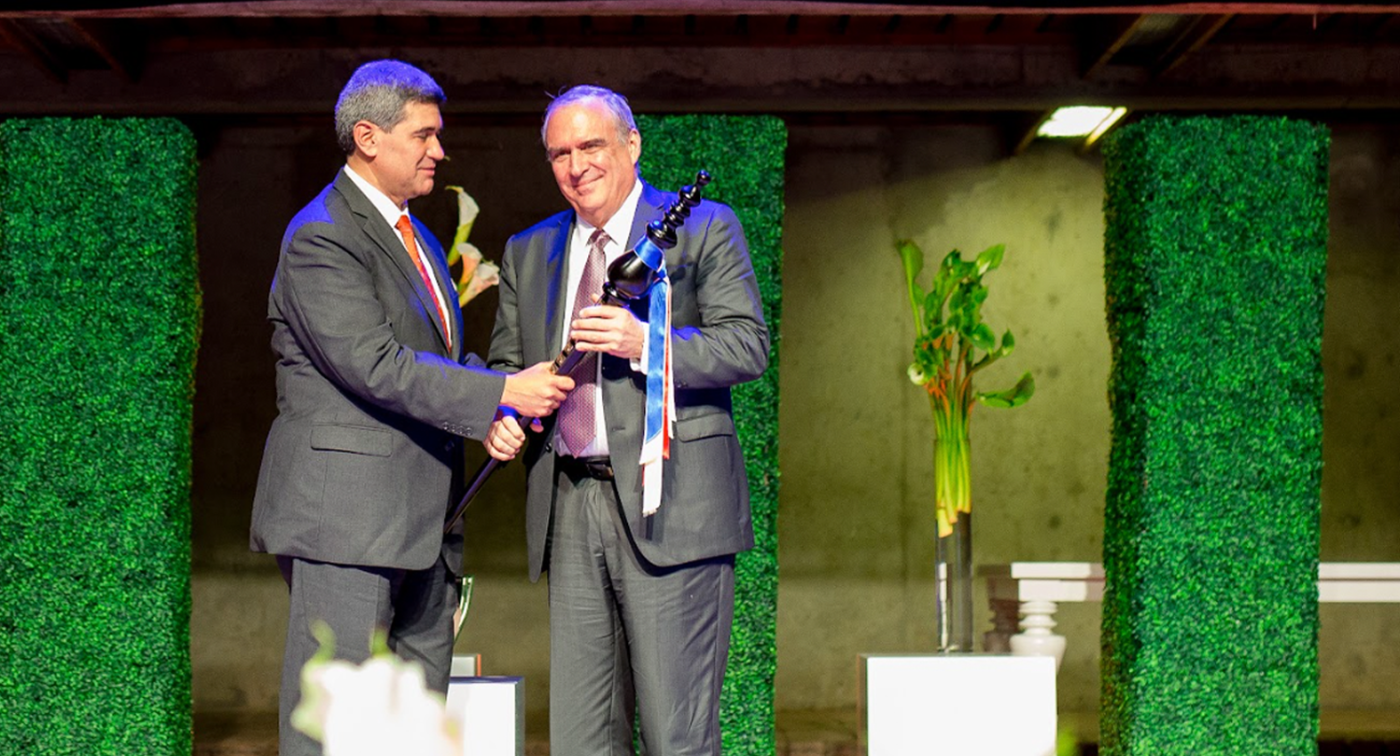 What he talks about makes me think of the breadth of networking that INCAE generates. What can you tell us about the institution's ability to weave networks, perhaps more than any other in the region?

As I was saying, I keep the chat with my classmates, and every Incaist keeps a similar one with his generation. There are AGIS, INCAE Graduate Associations in each country; I know of many friends of mine who move from one country to another, they call their friends from INCAE and they connect them, they give them all the support so that they get ahead.

When I graduated, an INCAE professor gave me my first job: to work in his consulting company. Definitely, those networks, that contact, that support among Incaists is an extraordinary value, and it was one of the main reasons why I entered, because to live in the region, it was extremely valuable to have access to that network of contacts.

What would you say are the three most important qualities that an Incaist has?

First, the academic excellence that the Incaist receives, first world. This is reflected in the rankings where the Institute appears and its association with the top global universities. Another quality is that he lives not only based on his personal success, but also based on his contribution to INCAE's mission. And the third is the human quality: when an Incaist graduates, he leaves with the integrity, ethics, transparency and vision of being a good citizen.

Could you think of one thing that only an Incaist knows?

I would say that… it is difficult for someone who is not an Incaist to dominate the particular problems of our countries as we do, due to the case study methodology and the study of issues related to Central America, the Andean Pact and the Latin American countries where we operate. The Incaists graduate aware of what is happening in the region and what must be done to contribute to its development.
The Incaista knows about local and regional issues, and global and comprehensive solutions. We are citizens of the world, with the best practices to implement in our region.

In your different stages in the institute, what is your favorite place in INCAE?

I studied at the Nicaraguan campus and now I work at the Costa Rican one. In Managua, my favorite place is the area where one is sitting, looking at the pool, the soccer field, the houses of the "master's" students -which we used to call "singles"- and that is a tasty, beautiful place. And at the other angle you have the view of Managua. In that corner one really enjoys the natural beauty of the Campus and the surroundings, because you can see the students crossing, playing soccer and looking further down, you can see the city. 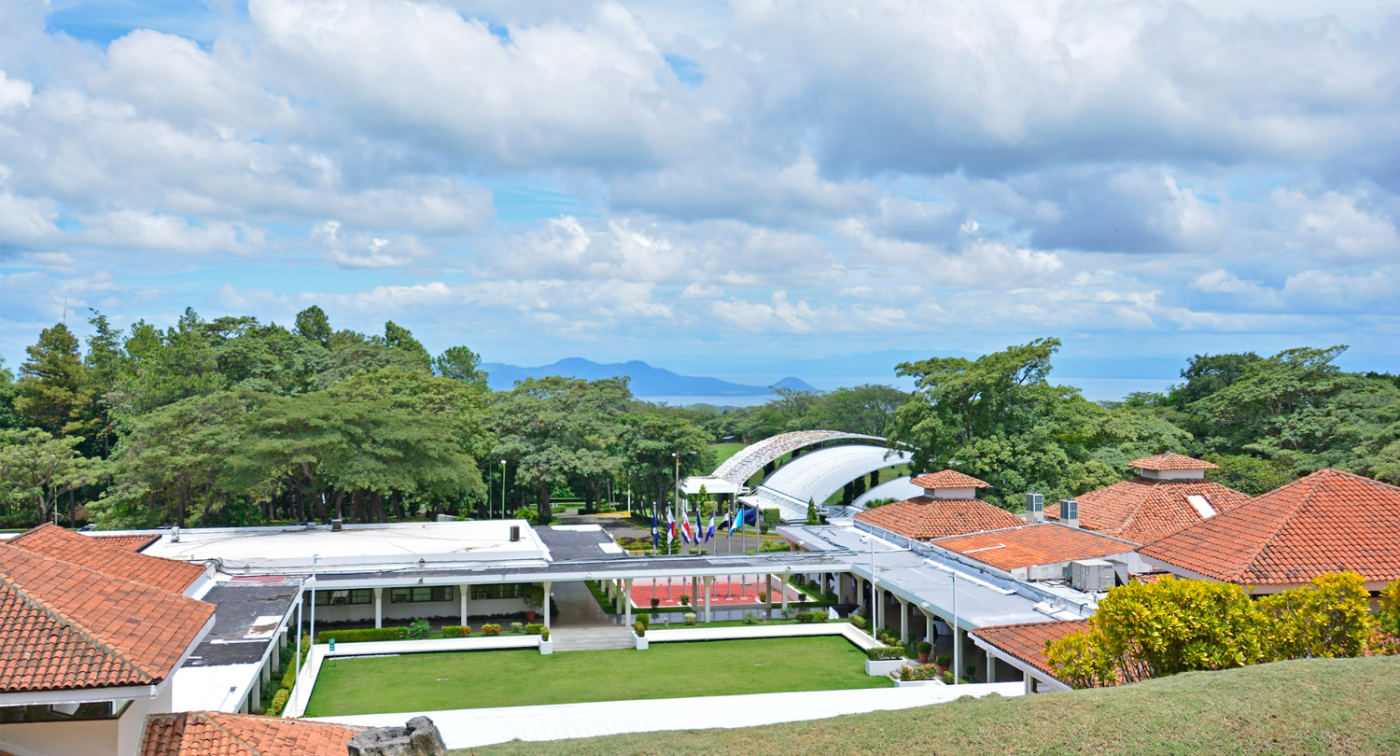 On the Walter Kissling Gam campus, the place I like the most is where the residence building is, because there you have a panoramic view of the little houses, the yellow building and the classroom building. The entire campus and a bit of the area are displayed. 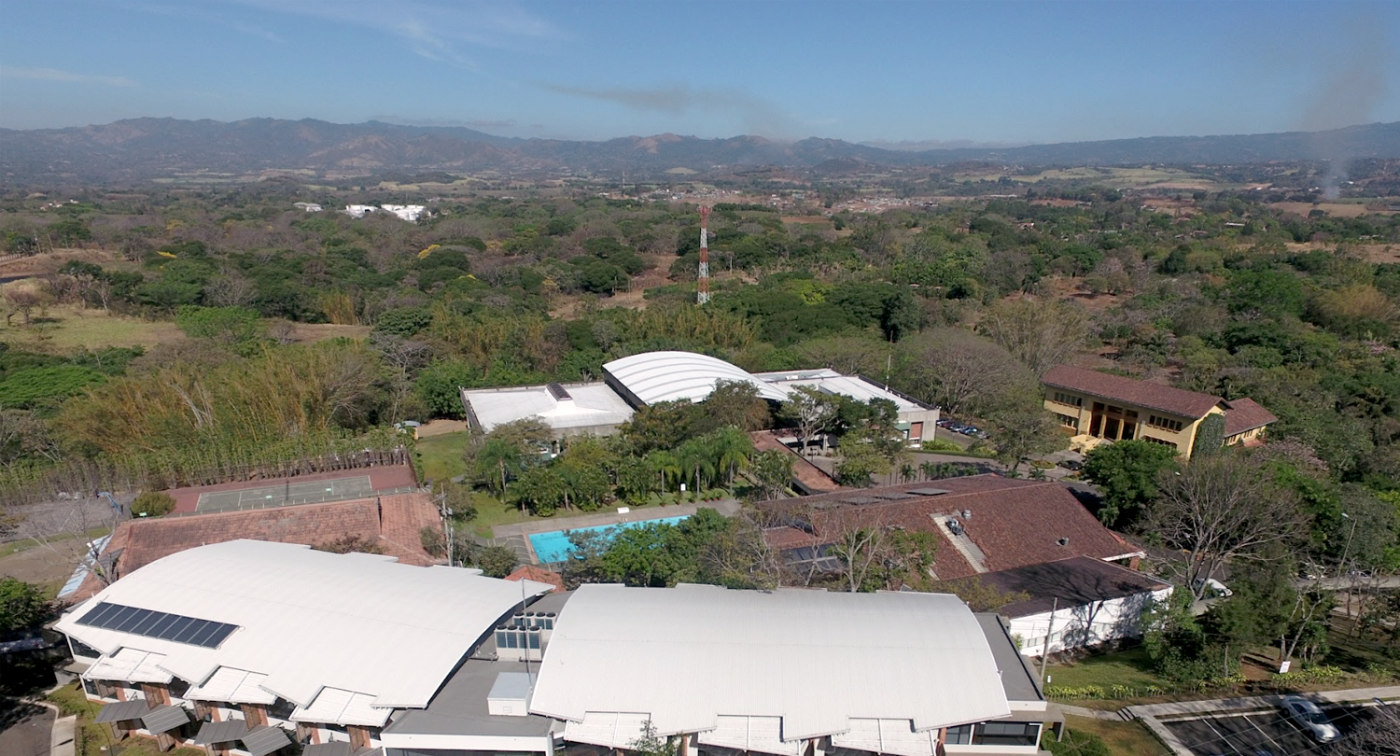 In these environments I love having conversations and gatherings with the Faculties; I like to meet to talk with teachers, listen to their ideas and opinions, that is always enriching. They are very tasty conversations!

Mr. Enrique, you have had the opportunity to be at INCAE at different times in the life of the institution, as a student and as an employee. Could you give a message to those who are just beginning their academic life at INCAE?

There's a lot of advice I could give you. The first, I would say, is: take advantage. Make the most of the study possible; here they will interact with classmates of other nationalities and cultures. Do your best to meet all your other classmates and develop good friendship with them, learn from them.

I would tell them to take advantage of their Faculty, which is extraordinary. That they clearly see the mission and purpose of the Institute, and that when they leave they have a greater responsibility, not only for their individual professional success, but also for transforming lives in Latin America.

I would tell them to live the oath of ethics, transparency and correct behavior in their professional lives. Let them know that one's name, at the end of the day, is what is most valuable, and it must always be kept clean in their daily behavior.

I would tell them that when they are successful professionals they repay society for the blessings they have received. And hopefully they can help INCAE continue to be the center of impact that it is today, because in this way they will help INCAE and its mission, their country, and that this will be a region with a better future for them and future generations.

In one sentence, could you tell us why you are proud to be an Incaist?

Why am I proud to be an Incaist? Because of what INCAE does, the mission it fulfills and the good it has brought to the region. I feel that, without INCAE, God forbid how bad we would be! INCAE has done enormous good in social development, sustainable development, impacts, growth, competitiveness, ethics... We have educated many people, that is, INCAE's reason for being gives us, all of us who work here, pride and satisfaction. So I can say with all transparency and pride: I am an Incaist!

In a world immersed in technology and its inescapable influence on everyday life, we have...

INCAE, present at the 42nd Annual Conference of the Strategic Management Society

This September 22 they joined the Incaista community 53 students of ...