Thank you Doctor Cruz for your great legacy: INCAE

It is impossible to talk about Dr. Ernesto Cruz in terms of his achievements without mentioning in parallel the deep imprint he left on a personal and human level on those who knew him, treated him and were lucky enough to call him father, grandfather, mentor and friend. 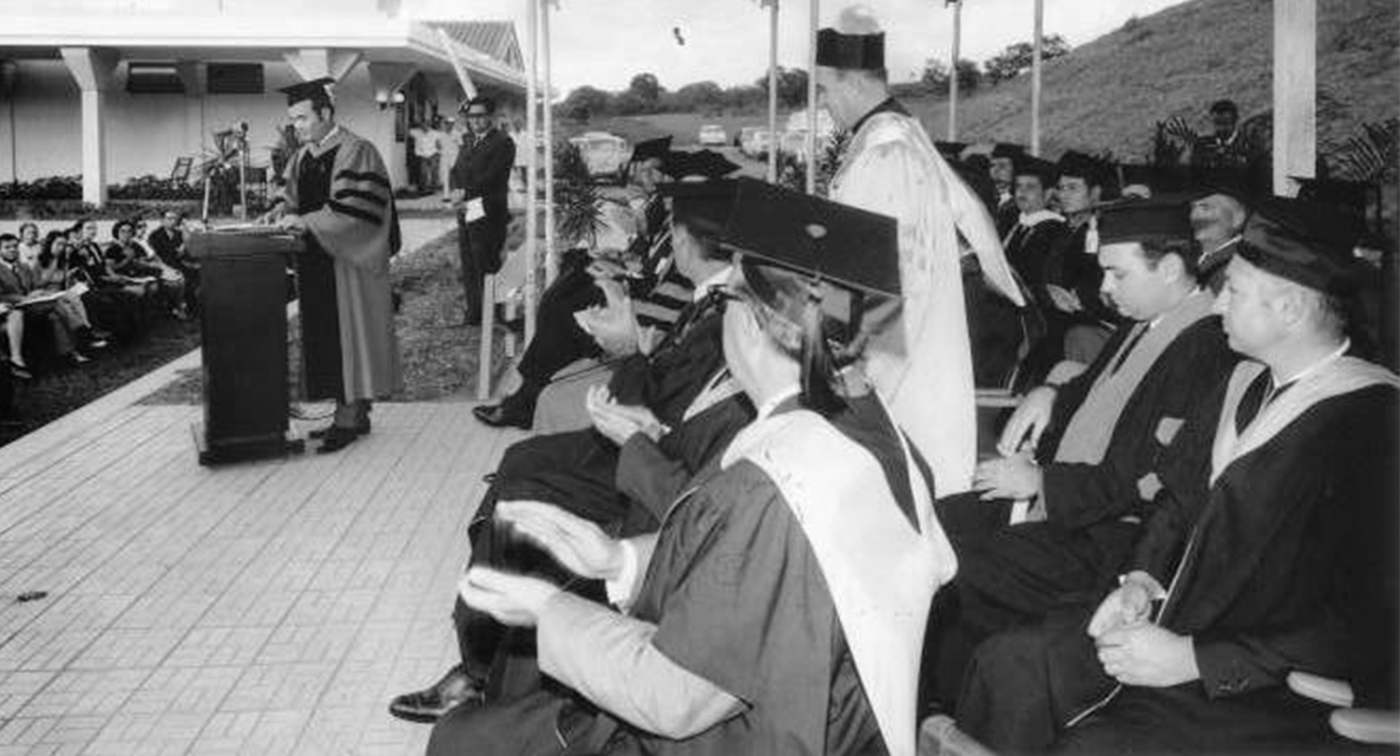 Nor is it possible to talk about the history and success of INCAE Business School without mentioning its name. Counting on the invaluable support of his alma mater, Harvard University, Dr. Cruz was one of the main leaders in the formative stage of INCAE, being its second rector, first Latin American, for a period of 12 years, from 1968 to 1980. Already as rector, he had the satisfaction of graduating the institute's first MBA class in 1969 and, a day later, inaugurating the Francisco de Sola Campus in Montefresco. 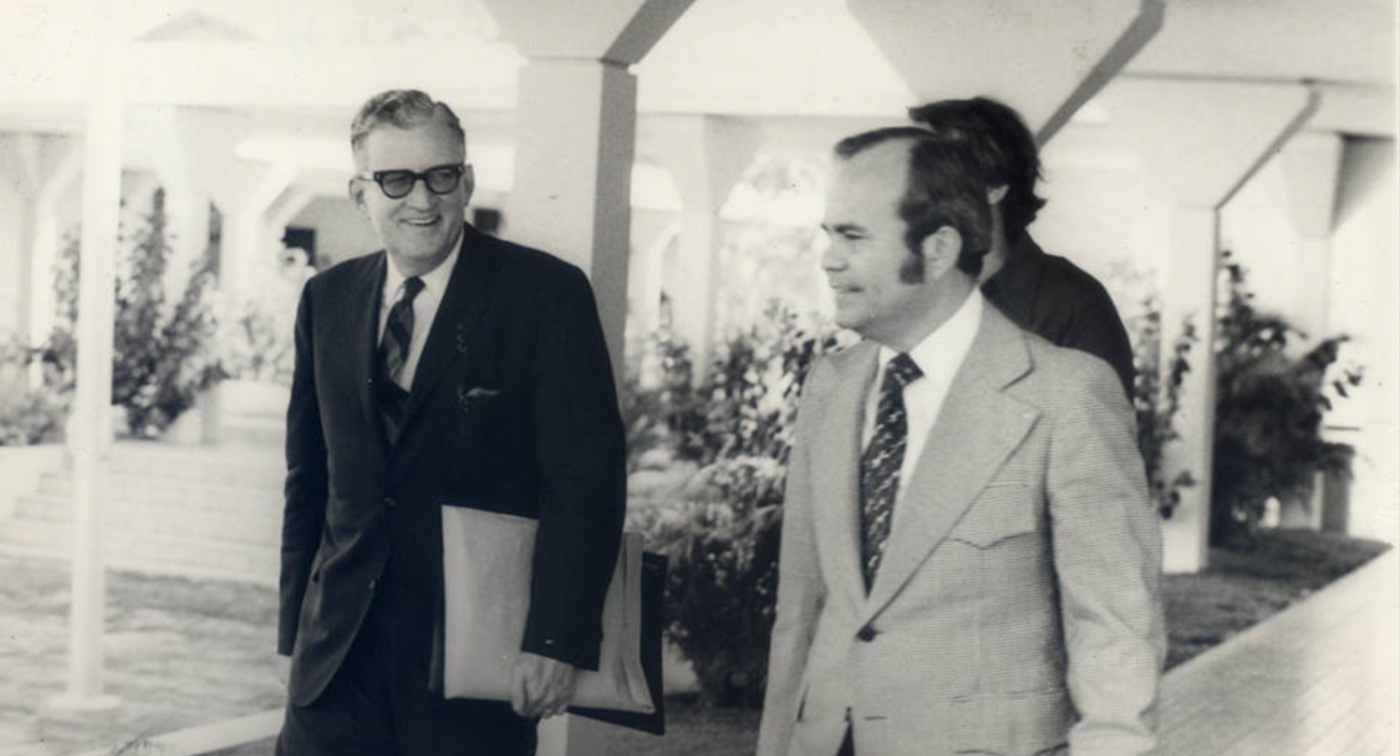 When reviewing the images of the construction of this first INCAE campus, in many of them the strong and reliable figure of Dr. Cruz can be seen. These images narrate without words his participation in the foundation of an institute that may have seemed like a chimera to some, but that over time reaffirmed his vocation as a trainer of leaders in Central and Latin America. Leaders who have transformed lives, including their own, after their time at INCAE. 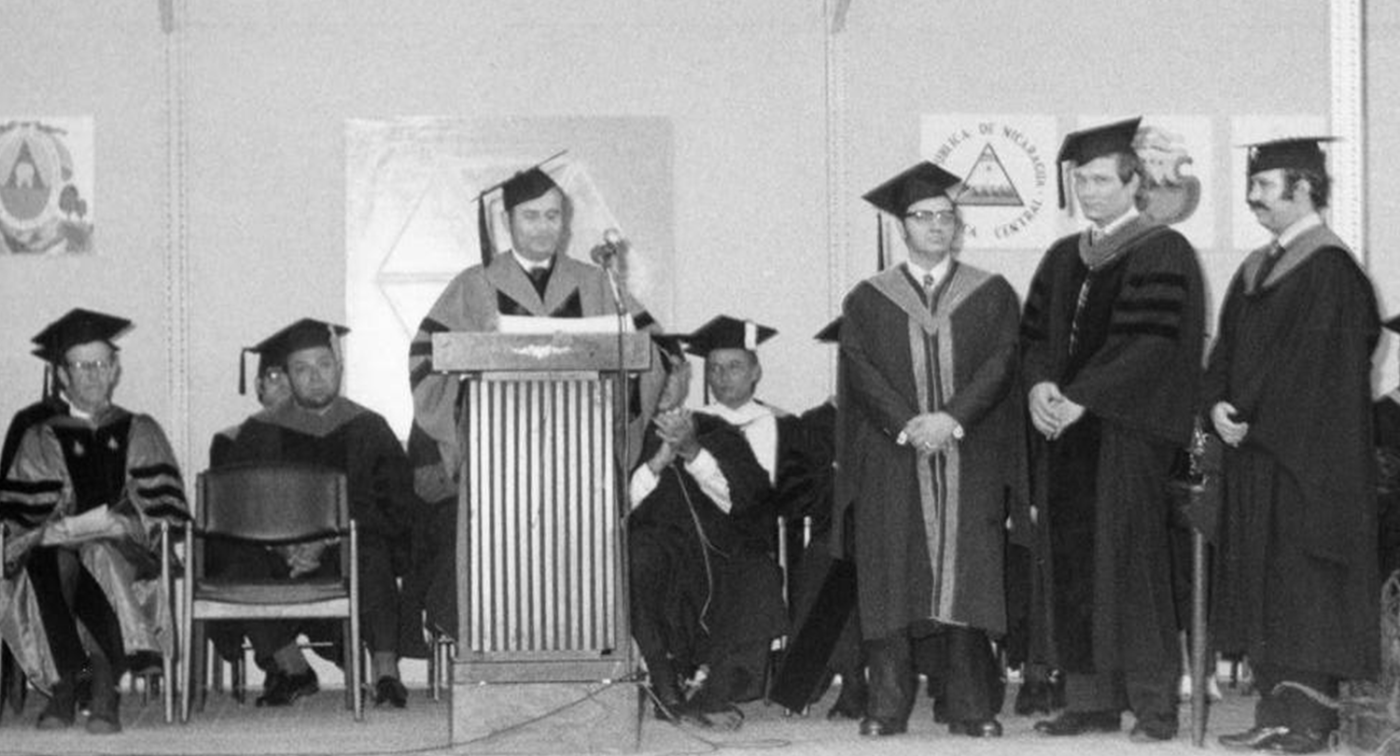 “I met Dr. Cruz in 1972 when I arrived at INCAE as a student; a gentleman of extraordinary intelligence and a great spirit of service. The clear vision that he had of what our institute should be, led him with a deep commitment to lay the foundations of what INCAE is today. He was a citizen committed to the development not only of Nicaragua but also of all of Central America. He is a great connoisseur of our history. ”

Today, time has proved Dr. Cruz right, and thinking big as he did, and putting academic excellence first, has brought undeniable benefits to the region. What was a project back then, today is an institution of international prestige: the best business school in Latin America according to the Financial Times ranking and a world-class think tank to help with answers to solve the problems that afflict the region. 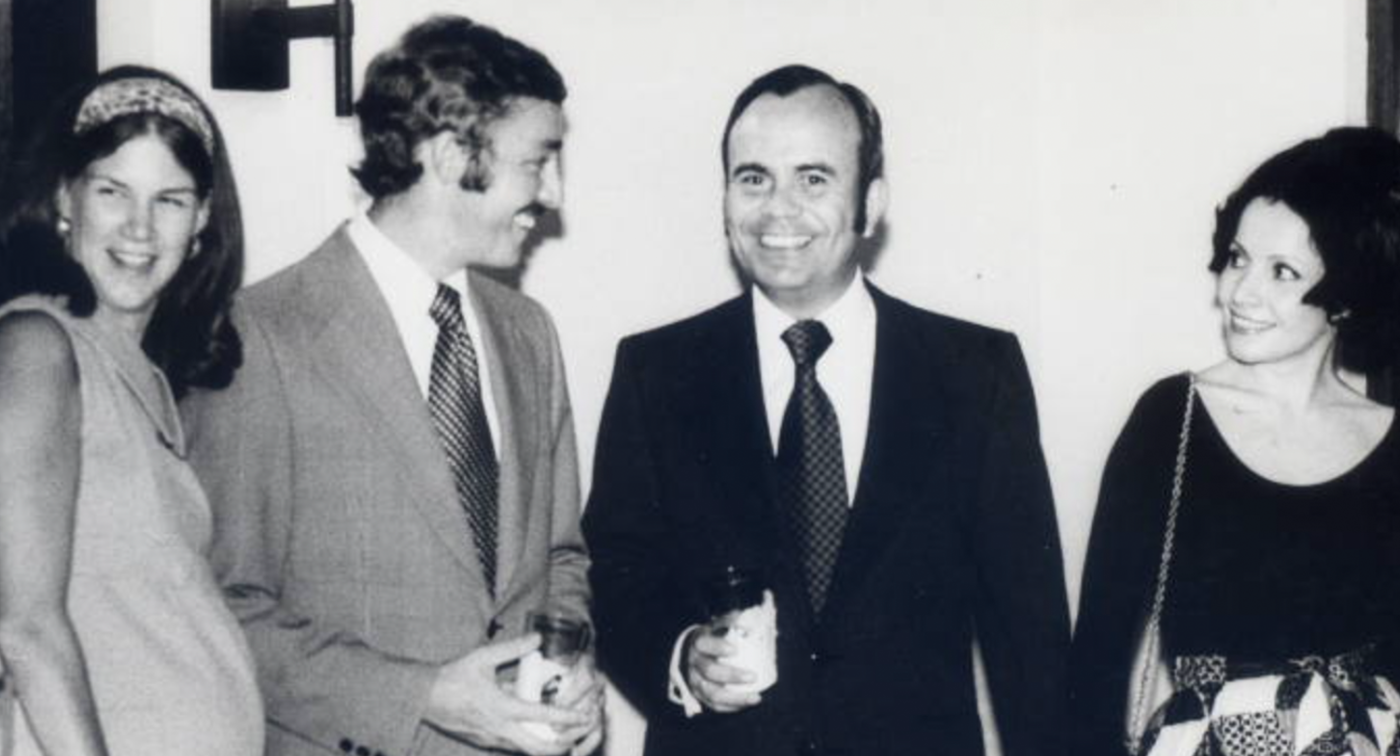 “He insisted that the region needed more rigorous and not inferior training. Effective leadership in the region was more difficult, not easier, than elsewhere. In crisis, he was a calm and wise leader. He encouraged us very young and inexperienced professors to take the lead in designing our courses and in ambitious research projects in areas of great relevance to the region (agribusiness, development banking, health care management). He made us feel like owners of INCAE, responsible for the future of the region.”

Harry Strachan, Professor in the formative years, Rector 1980 - 1982 and currently a member of the Rector's Advisory Council 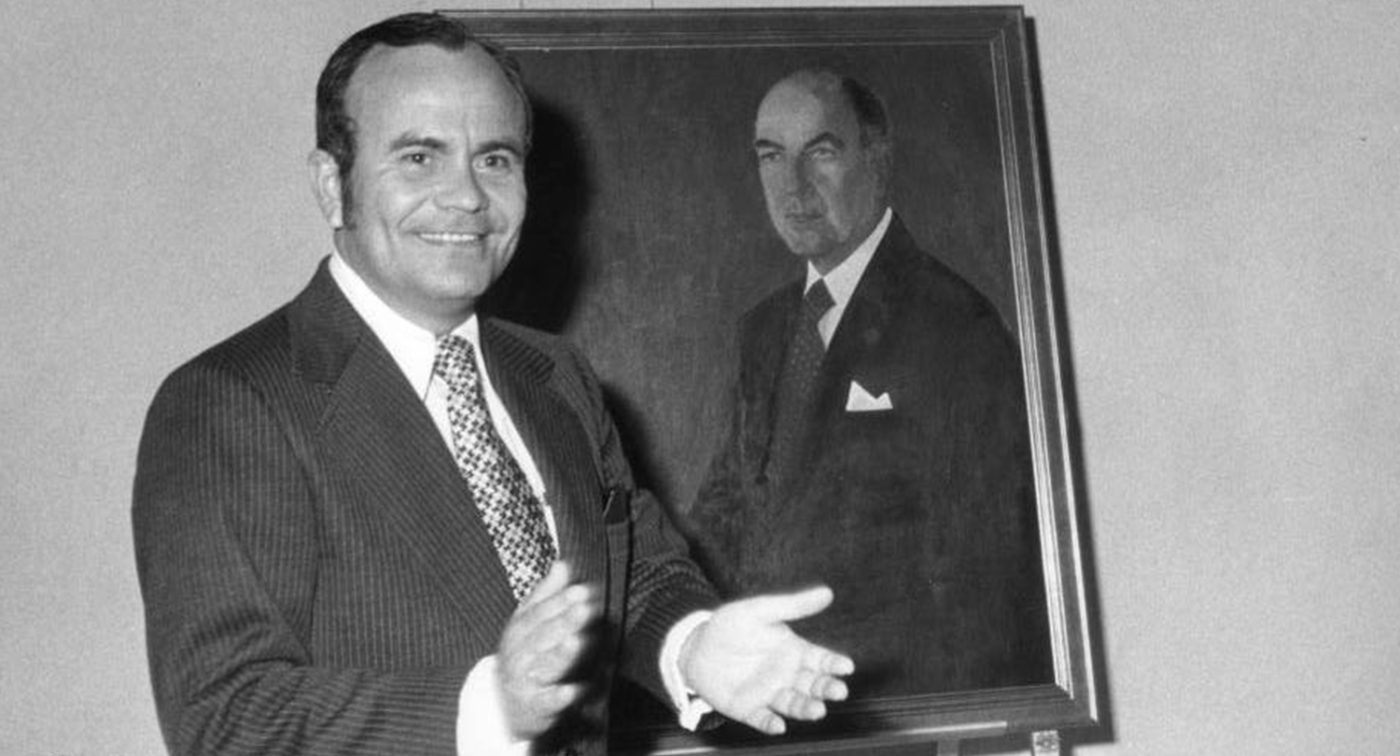 Dr. Ernesto Cruz is an obligatory reference when we talk about the early years of INCAE, but also about the recent past. Until a few weeks ago, he did not forgive his daily walk through the Francisco de Sola Campus. He lived on the land next to the campus, it is true, but it was surely his way of savoring the sight of his work and, incidentally, enjoying the innumerable trees that he himself, together with Don Chico, chose to plant on the campus since his training.

"Ernesto Cruz is considered one of the founders of INCAE. His professional life was a total dedication to the welfare and future of the institution. His actions remain an example for the Rectors who succeed him. Personally and as part of the MAE IV class I send my condolences to his children and other relatives, as well as to the entire INCAE family. Rest in peace Ernesto Cruz!"

Julio Vivas Downing, MAE IV. Son of Cristina Downing de Vivas, who was administrator of the cafeteria of the Francisco de Sola Campus

After leaving INCAE's rectory in 1980 and before retiring in 2012, Dr. Cruz had come a long way to be pleased. From completing his third doctorate at the University of Miami School of Law, dedicating himself for three decades to the world of finance and consulting at the highest level in international companies such as BAC International Bank, BAC Credomatic, and GBM Corporation, until deciding to return to Nicaragua , land of his loves.

He was born in the department of León in Nicaragua, although he was raised and grew up in Managua. At the National University of León he obtained his first doctorate, in Law. After a few years of professional practice he moved with his family to the United States where he studied for a PhD in Political Economy & Government at Harvard University.

In his family - his late wife Sonia, his children Ernesto, Sonia, Eduardo and Rodrigo, his thirteen grandchildren and 10 great-grandchildren - Dr. Cruz poured a dedication worthy of his great intelligence and sensitivity.

In 2017 he published his work “INCAE, the formative years”, where he tells in detail experiences and first-hand experiences about his time at the institute. A year later he published the book "True Tales" with 24 stories compiled during his extensive professional career.

The academic rigor that Dr. Ernesto Cruz imprinted on INCAE, his permanent struggle for excellence, his long-term vision, his confidence in a project that he made his own from day one, all of this has remained in the institute's DNA. And for all this, INCAE, its more than 19 graduates, and the entire region, must be eternally grateful. 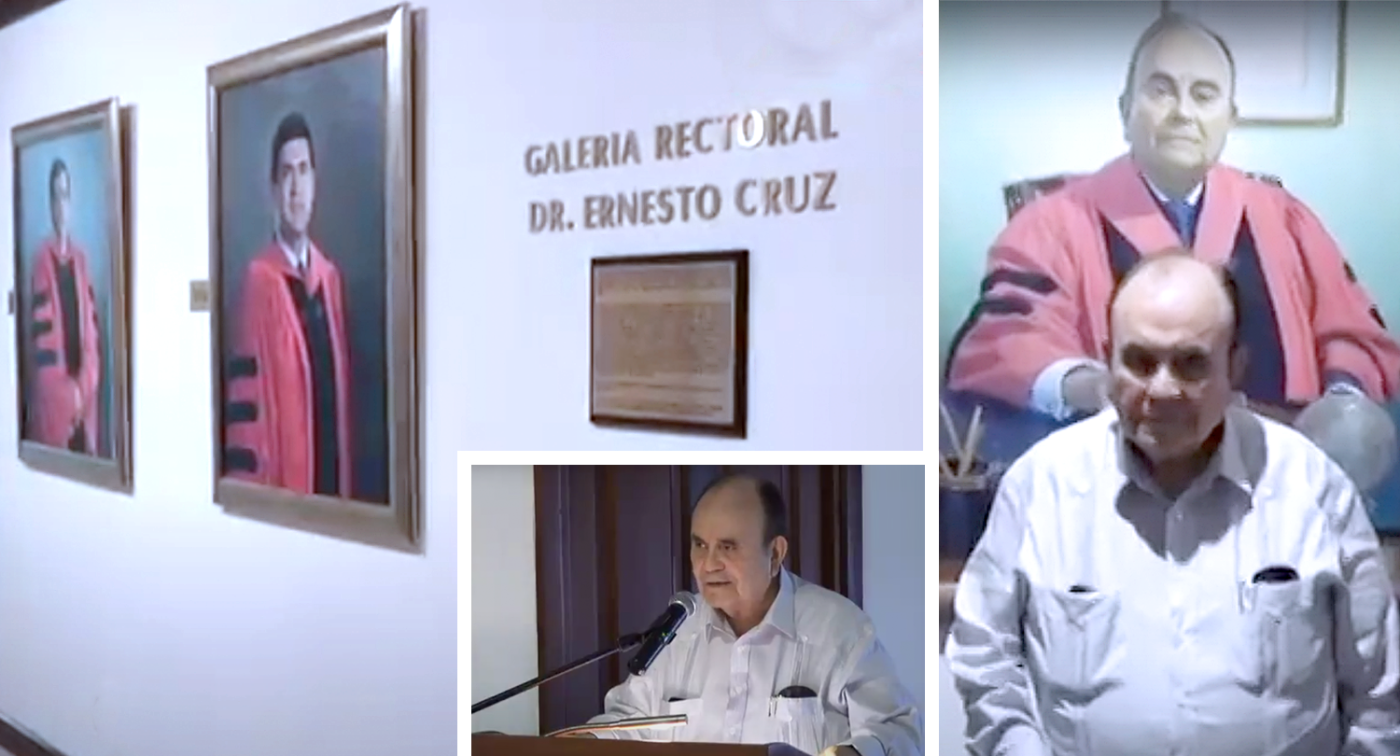 In his beloved Campus Francisco de Sola, from the INCAE Chancellor's Gallery that bears his name, the portrait of Dr. Ernesto Cruz looks to posterity with the satisfaction of having fulfilled his duty.

Thank you Doctor Cruz for so much!

CEO Magazine recognizes INCAE among the best in the world

Dr. Ernesto Cruz highlights excellence of INCAE in Latin America during the graduation of new MBAs

INCAE, May 25, 2012. The second rector of INCAE Business School, who practiced that position for 12 years...

Together with a group of close friends, INCAE professors, graduates and students, Dr. Ernesto Cruz presented his book on Campus...