What does the INCAE Diversity and Inclusion Club do?

A year ago, in June 2021, the board of directors of the Diversity and Inclusion Club recognized the interest shown by INCAE towards the creation of this group, which is so necessary at the present time. The truth is that this club was received with open arms by the Inca Community.

We spoke with Mónica Pinzón Acevedo, president of the board of directors of the INCAE Diversity and Inclusion Club, about the experience they have had since then, the fight for inclusion in all spheres, and their plans for the future.

“The experience has been very pleasant –confirms Mónica–, taking into account that as a club we deal with very sensitive social issues. The context lends itself to misunderstanding, and even angering people. We had a bit of a complex experience because it involved offensive language, we didn't communicate properly and there was a misunderstanding, which we were able to resolve quickly."

Mónica considers that “the moment has not yet been reached at INCAE to take advantage of diversity, inclusion and integration, although in certain classes we have had the opportunity to touch on the subject of people with different sexual orientations, genders, and other minorities. I think this about 10 years ago would not have been possible.”

The issue of gender equity is complex for students. Monica shares a fact: “On average, women represent 30% of the residential classes, and in the executive classes it is even lower. This makes the process of removing the biases we grew up with even more difficult. But little by little there is a change in mentality.

Composition of the board of directors

Ideally, a grouping of this nature should ensure that diversity is widely represented: men, women, of different gender identities, of various ethnic origins and nationalities. How is the current board of directors made up?

Monica replies: “We changed the way we choose the people who are on the board. Before, it was just talking to someone and negotiating their presence at the meeting, but this time we are giving people complete freedom to apply, meet them and welcome them to the board. As I mentioned earlier, the sensitivity of the topic is definitely a barrier to people being part of the group, let alone the board of directors.”

Better than before, but still not enough

“Being a bisexual woman –she narrates–¬, it is definitely very hard not to feel included. Socially, an environment in which people like me are comfortable has not been designed, although definitely, little by little, it has been changing.

“I'm only 26 and I don't feel the same oppression that people in the LGBT+ community felt 50 years ago, but I'm still afraid to hold hands with the woman I'm dating late at night. I think that what we most commonly face is ridicule from close people, like when they say pejorative phrases. It also happens that people are not allowed to be in places just because they are with their partners. And in the worst case, you suffer physical aggression."

“Are we improving as a region? Yes. Is it the improvement we need? Nope. everyone we deserve to live calm down y insurance, with human rights, with a dignified life, loving whoever we want, being who we are”, he concludes.

Next steps and activities

“On July 13, Accenture spoke about the importance of diversity and equity in the corporate world. Also -Mónica informs- we have planned a talk on positive masculinities, which is only for men, and where they will be able to explore the subject in depth and resolve their doubts.

"We also plan to conduct a survey to collect information on the comfort felt by diverse people on campus. We want to analyze the campus environment in order to take the necessary actions to improve the situation. This, with the support of our godmother, Professor Susan Clancy And at the end of the year we have to pass the club on to the next generation.”

Regarding an ambitious goal that Mónica sets for the Club is to “foster deeper conversations within the classes, where we touch on issues of diversity and inclusion. It is definitely something that intimidates the class, but it is necessary to remain competent in the region.” 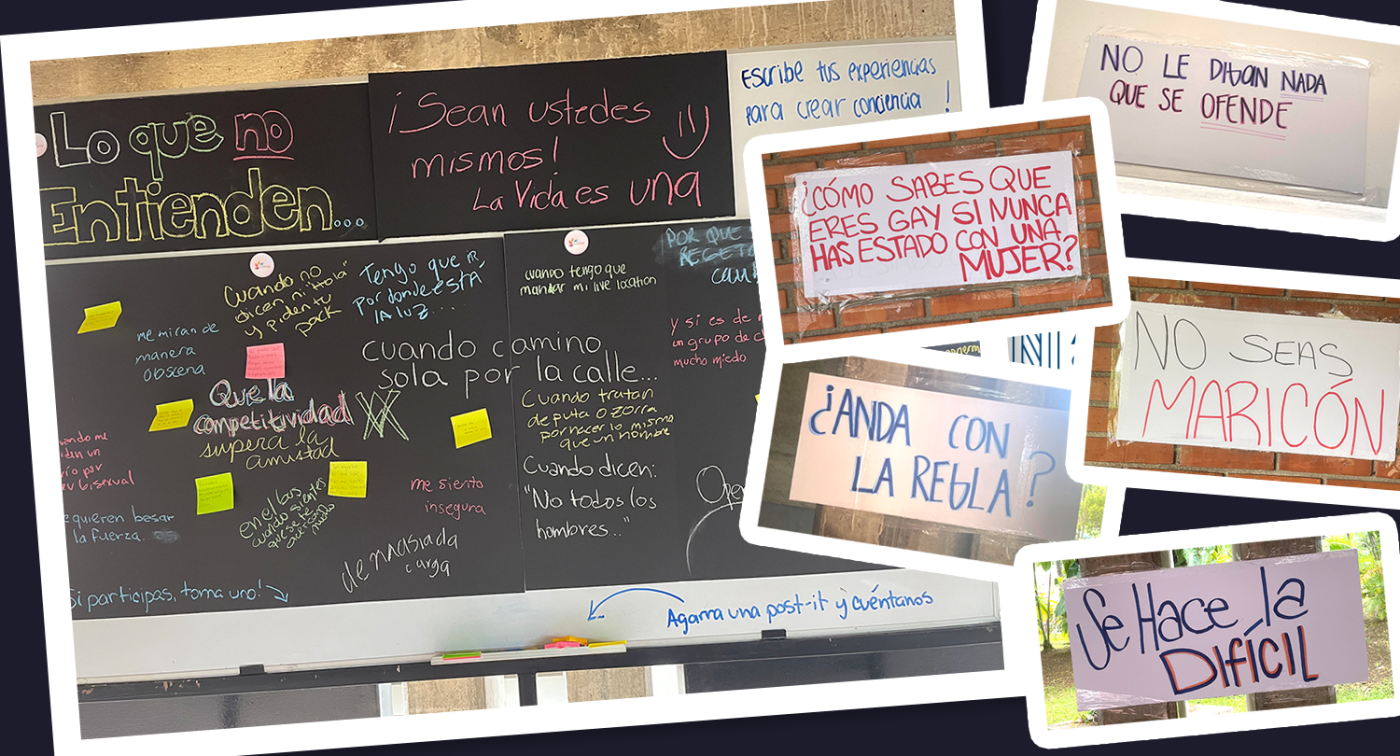 CEO Magazine recognizes INCAE among the best in the world

Gabriela Lucke, Director of the...

I, Enrique Bolaños, am an Incaist

Almost 50 years after graduating from INCAE, Enrique Bolaños Abaunza has not only returned –as Rector– to the place that prepared him for...

Thank you Doctor Cruz for your great legacy: INCAE

It is impossible to talk about Dr. Ernesto Cruz in terms...