And after tomorrow ?, rebuilding with equity

At the time of writing, the COVID-19 pandemic continues to advance in the world, currently the center of the pandemic is India; but in Latin America many countries are also living its worst moment of the pandemic. And in fact, comparing with other regions, the impacts have been disproportionate in our region, since to date the 34% of total deaths from COVID-19, although it only has 8% of the global population.

In economic terms, it has also been the most affected region, since according to the estimates of the International Monetary Fund, the region had a 7% drop in GDP in 2020, and although a GDP recovery of 2021% is estimated in 4.6, this performance may change negatively due to the damage that the pandemic continues to cause in our countries.

In addition to the direct effects of the pandemic and its economic impacts, the type of systemic crisis has generated other types of damage to people's well-being; putting at stake the fulfillment of the 2030 Agenda of the Sustainable Development Goals. And as official data for 2020 are published, these effects and their magnitudes can be measured and visualized, determining aspects when thinking about a process to mitigate the negative impacts that any reactivation plan must have.

Thus, although in a at first an impact was visualized differentiated between men and women by the concentration of women in economic activities more prone to suffering closures and disruptions due to the pandemic; Today we already have the data in several countries of the region to be able to measure these effects. Confirming that the crisis has disproportionately affected equity between men and women both economically and in the family and personal. 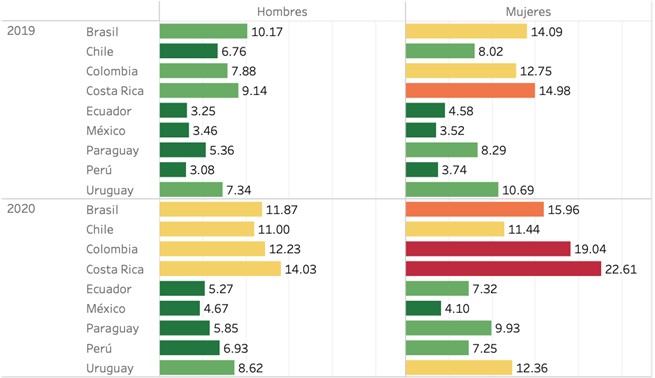 But it is not only in unemployment that the effects can be measured, there is also an impact on participation in the labor market, and there it is found that in these countries the economic participation of men fell 5.9%, while that of women fell 6.6 %. However, this indicator also starts from different levels, since while on average the participation of men was 76.9%; in the case of women, it was only 54.9%. After the crisis in Brazil, Chile, Costa Rica, Ecuador, Mexico and Peru, the participation of women is less than 50%; in other words, more than half of the women of producing age are not doing so, nor are they looking for a job. 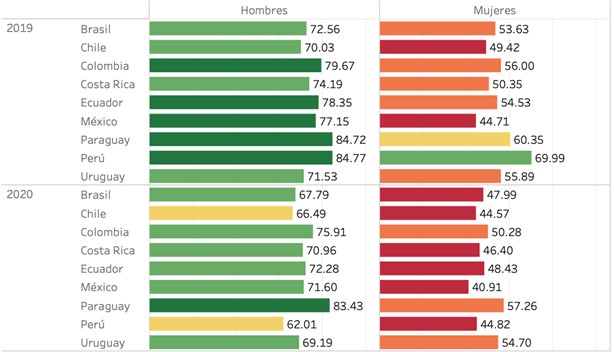 Beyond economic indicators, and resorting to other gender equity indicators, in this case produced by the initiative "Data for Good" of Facebook, which applied a survey to 70 thousand men and women in the region. It is found that on average, in Latin America, women dedicate 13 hours to caring for a family member, while men dedicate 9 hours. Costa Rica being the country where women dedicate more hours to caring with 15.12 hours, while Costa Rican men reported dedicating 8.54 hours, the difference is the largest in the region with 6.58 hours. In contrast, Uruguay has the smallest difference in hours between men and women with only 3.03 hours difference, there women dedicate 14.05 hours and men 11.02 hours caring for a family member. But with these conditions, the crisis arrived, and on average for 6 out of 10 women the time they dedicate to care increased, while this affectation occurred only for 5 out of 10 men, as reported.

In other words, in a system that was already unbalanced with gender gaps, the crisis makes these gaps even larger, because today in the region we have fewer women with the opportunity to generate an income, but with higher unpaid workloads, making it more expensive and difficult to reach its full potential.

Table 1. Daily hours dedicated to caring for other members of the household (2020). 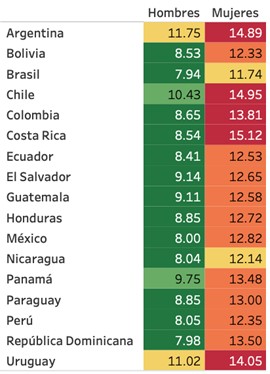 In this sense, to recover the effects of the pandemic, a strategic effort will be required to include in the reactivation plans a gender component that can not only mitigate the impacts and limitations that have taken away opportunities for women, but also build the foundations to resume the advances in equity that had been achieved in the last 15 years, and that according to the World Economic Forum they have been erased, resulting in a lost generation.

Faced with this challenge, we have to ask ourselves the question: how to think about the reactivation of countries in the post-pandemic world beyond the economic and with a gender perspective? From the INCAE Business School and its centers of impact such as CLACDS and CLCM we are working to help decision makers understand and address these effects; but it will require the work of multiple sectors, and different levels of government in the countries of the region to really mitigate impacts in an accelerated manner, with the goal of rescuing the progress that had been made in recent years, and avoiding a generation lost in terms of equity. 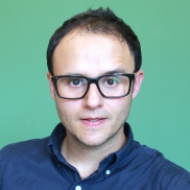