Social Progress Index 2015; Results for Latin America and the Caribbean

The Social Progress Index offers a holistic, cutting-edge approach to the health of a society, independently and complementary to economic measures. Measuring Social Progress offers citizens, and their leaders, a more complete picture of how their country is developing.

Following a global trend, the countries of Latin America and the Caribbean obtain their highest absolute scores in areas prioritized by the Millennium Development Goals, in particular Access to Basic Knowledge and Nutrition and Basic Medical Assistance. Among the relative strengths of the region, the achievements of many countries in the Opportunities dimension stand out: fifteen of the twenty-one countries show relatively high performances in terms of Personal Freedom and Choice, fourteen countries in Tolerance and Inclusion and twelve countries in Rights Personal. It also highlights the better relative performance of Latin America and the Caribbean in the Health and Well-being component. Peru is number one, but Colombia, Ecuador, Costa Rica, and Panama are also in the top ten globally. The main reasons for this exceptional performance lie in the low probabilities of premature deaths from non-communicable diseases as well as the few deaths attributable to air pollution in open areas, and a relatively high life expectancy. Four countries in Latin America, three of them in Central America have a high performance in Ecosystems and Sustainability; Panama, Nicaragua, Colombia and Honduras are among the top twenty countries worldwide. These results are due to the protection of habitats and biodiversity, low levels of greenhouse effect emissions, as well as their water resources.

The countries of Latin America and the Caribbean show their lowest absolute scores in access to higher education, even in the countries with the highest scores such as Uruguay, Costa Rica or Panama. The best-ranked country in the region, Chile, barely ranks 31st globally. Brazil ranks 62nd in this category and Uruguay 69th. Personal security is undoubtedly the most serious problem in the region: among the fifteen worst performing countries in the world, seven belong to the Americas region. Latin and the Caribbean. In Venezuela, Honduras, the Dominican Republic, Mexico, El Salvador, Brazil, Guatemala, and Jamaica, the personal security situation is particularly dramatic. 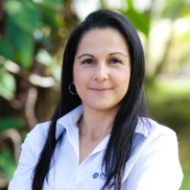 She is currently the Communications Coordinator of CLACDS, previously she was assistant to the Communications Department of INCAE and in her first year she helped with the coordination of CLACDS / INCAE events. Since June 2004 he has been working at INCAE Business School, before he worked for a year in the Association ...

END_OF_DOCUMENT_TOKEN_TO_BE_REPLACED

Why study a master's degree in Analytics, Innovation and Technology

Companies have realized that they need to hire data scientists, analysts, and innovators. With new technologies and...

A student of the Master in Analytics, Innovation and Technology (MAIT) is always looking for ways to incorporate data analytics into...