A deep footprint in the region

INCAE's history begins in 1963, when the President of the United States, John F. Kennedy, visited Costa Rica for the first time and held a summit with the Central American Presidents. Under the banner of economic and social progress, regional leaders highlight the need to strengthen business education in the region.

This is how, in 1964, at the initiative of the Central American governments and business community, and supported by President Kennedy and Harvard Business School, INCAE was founded after graduating from the first class of the Senior Management Program-PAG.

For more than five decades, INCAE has transformed the way of doing business in Latin America, positively impacting the present and future of the region. The school will continue to revolutionize its learning methods to respond to the needs of the market, staying true to the ethical values ​​of responsible leadership. 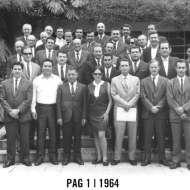 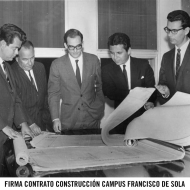 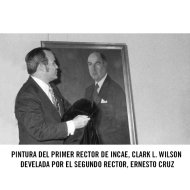 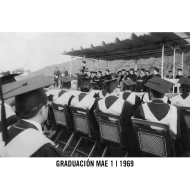 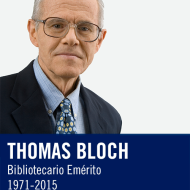 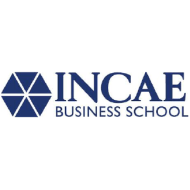 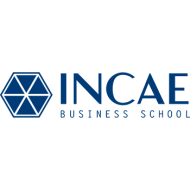 The Latin American Center for Competitiveness and Sustainable Development, CLACDS
On October 25, 1995, the Swiss businessman and industrialist Stephan Schmidheiny participated as an observer in a summit meeting of the presidents of the Central American countries held at the Business School of Harvard University. After this event, INCAE Business School, INCAE, proposed the creation of a new organization in the Central American region: a center for research, dissemination of knowledge and promotion of key ideas on competitiveness and sustainability. From the beginning it accepted the proposal and in mid-1996, the initiative evolved into the Latin American Center for Competitiveness and Sustainable Development, CLACDS. Thus, Dr. Schmidheiny became an important ally for INCAE and for the new entity, with which he was linked initially in a personal capacity and later through his newly created AVINA Foundation.

Thirty Years of INCAE Presence in Journal of Central American Thought
This is an investigation that describes the presence of INCAE in the Journal of Central American Thought, by publishing - in that medium - 17 articles by its faculty members. It also presents a summary of each of the articles, compiles, organizes and preserves them, in order to make them accessible to future generations through the INCAE Library System. The author of this article is Antonio Acevedo, Associate Director of Libraries, INCAE Business School.

INCAE Magazine
The history of INCAE as reflected in the INCAE Magazine. The author is Antonio Acevedo, Associate Director of Libraries at INCAE Business School.  In the mid 2000's the INCAE Business Review, in conjunction with Summa Media Group, but at the moment no more posts have been made.

Contribution to the history of INCAE: a personal experience
Written by Antonio Acevedo. 4 p. June 1, 2011.
The author is Associate Director of Libraries at INCAE Business School.

History of the INCAE Library System
Written by Thomas Bloch
The author is the Director of Libraries of INCAE Business School.

INCAE: The Early Years; A View from the Ground - Executing the Vision
Written by Wickham Skinner. April 18, 2008. 13 p.
Describes the early relationship of INCAE with the Harvard Business School, the start of the MBA program, the debate on its length, the effect of the Sandinista revolution on INCAE and the challenges facing the new rector. The author is James E. Robison Professor, Emeritus, Harvard Business School, and was one of the first professors to teach at INCAE.

Memories of INCAE 1970-1982
Written by Harry W. Strachan. San José, Costa Rica, EDUCA, 2007. 114 p.
The anecdotes and experiences described in this book deal with how INCAE found a suitable school model for Central American conditions and how it faced the crises caused by the 1972 Managua earthquake and the revolutions of that period. Spanish version of the following book.

INCAE Memories 1970-1982
Written by Harry W. Strachan. San José, Costa Rica, EDUCA, 2007. 102 p.
The anecdotes and experiences described in this book are about how INCAE found a model of school appropriate for the conditions of Central America and how the crises brought about by the earthquake in Managua in 1972 and the revolutions of that period were confronted. Version in English of the preceding book.

AVINA - INCAE; an alliance for sustainable development in Latin America.
Written by Roberto Artavia Loría. Hurden, Switzerland, VIVA Trust, 2007. 41 p.
Describes the effect that the partnership between AVINA and INCAE has had on Latin America.
Select a language: Español | English | German | Portuguese

Evolution of the INCAE logo, 1964-2003
Prepared by Antonio Acevedo. April 2007. 38 p.
The author is Associate Director of Libraries at INCAE Business School.

The impact of a business school: the case of INCAE in Central America
Written by Róger Quant. July 1988. 24 p.
It addresses INCAE's strategy in Central America and the impact it has had on the region after 25 years. Spanish version of the following document.

An Overall Evaluation of INCAE
Written by Alan B. Coleman. July 12, 1976. 47 p.
The purpose of this report was to provide for USAID a general evaluation of INCAE, including its academic, administrative and financial positions. The author was Dean of the School of Business Administration, Southern Methodist University, and directed the founding of ESAN in Peru.

INCAE ten years ...
Written by Ernesto Cruz. 1974. 9 p.
Prepared to celebrate the tenth anniversary of INCAE. A good source of information on the early years of INCAE. The author was Rector of INCAE, 1968-1980.

Recent trends in the development of INCAE
Written by Ernesto Cruz. 1973. 19 p.
It succinctly describes the most recent trends (year 1973) in the development of INCAE, the ideas and concerns that animate its leaders and their main implications for the future of the institution. This document is a guide to many of the ideas that helped shape INCAE. The author was Rector of INCAE, 1968-1980.

Completion Report
Written by Charles H. Savage Jr. October 7, 1970. 9 p.
The report represents the author's personal estimate of where INCAE had arrived at the time of his departure, the directions it might take to secure its purposes, and the obstacles that it might encounter en route. The author was the first academic director of INCAE.

The Harvard Business School - INCAE Project 1963-1968
Title Page and Table of Contents
Prepared by Jack G. Moscatelli. 1968. 24 p.
Final report on the activities of the Harvard Business School under the USAID (ROCAP) Contract 1a-131, June 15, 1963, to October 15, 1968. Included is a statement of the project's objectives, a brief review of its origins, a resume of developmental work performed by HBS personnel pursuant to the contract, and a summary of the status of the project at the conclusion of the contract. Assistance continued under another contract, 1a-472, until 1972.

INCAE Business School: Impact on the Region
It was created for the second Founders' Circle Event, Antigua, Guatemala, April 23, 2009.

Placed on the INCAE website with permission from the HBS Bulletin.

Presidents and Vice Presidents Board of Directors
Presidential Summits at INCAE

The idea of ​​an INCAE was born at the summit of the Central American presidents and President John F. Kennedy in the city of San José, Costa Rica, in 1963. There was also a presidential summit in 2013 in San Jose, with the participation of the president of INCAE, Arturo Condo Tamayo and Barack H. Obama, the president of the United States. 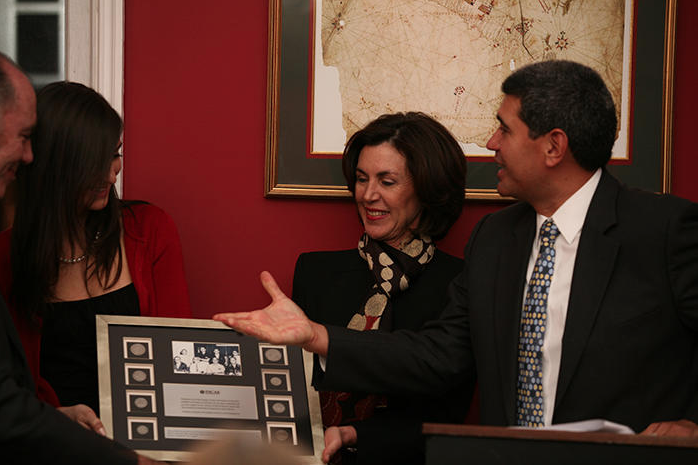 In 2008, following an initiative by Rector Arturo Condo, the Circle of Founders of INCAE was created, with the idea of ​​strengthening INCAE's ties with Harvard and the North American community, as well as with the Latin American leaders who made possible the creation of this prestigious institution.

George Cabot Lodge, Professor Emeritus of Harvard, accepted the invitation of the Rector Condo to preside over the Circle of Founders of INCAE and since its inception has served as Chairman of this important group. Since 2008, meetings have been held to celebrate those who laid the foundations of what is now the best business school in Latin America and the think tank with the highest value in the region.

On March 25, 2008, celebrating 45 years after the idea of ​​what INCAE would be conceived, the first meeting of the Circle of Founders was held at the Nicaraguan Embassy in Washington. Ambassador Arturo Cruz, host of the evening, in a formal and emotional act allowed the Rector Condo to recognize the participation of the three leaders, who played an instrumental role in the creation of INCAE:

Leaders from the region such as Carlos Pellas, Xavier Arguello Carazo, Nicolás Ardito Barletta and Francisco RR de Sola and special guests such as Alberto Moreno, President of the IDB; Kenneth Hoadley, at that time Rector of Zamorano, Ramon Daubon and Judith Morrison of the Interamerican Foundation, and several members of the State Department.

This meeting was held on July 1, 2010 in Panama City, commemorating the 45 years of the second Senior Management Program dictated by INCAE in the city of Boquete in Panama.

In this third activity led by the National Committee represented at that time by Roberto Motta Jr. and several members of the Board of Directors, and the Advisory Council of the Rector, an important group of the Circle of Founders participated, graduates of PAG II and family members, among others. friends and allies of INCAE.

“The Circle of Founders is a renewal of the pioneering spirit of INCAE and I feel very honored to participate in such a historic and transcendental celebration. When I arrived at the Montefresco Campus in August 1971 I was one of the "juniors," as a member of the research team who wrote cases under such great masters as David Korten, Jim Austin and Harry Strachan ”, commented John Ickis, Professor of INCAE and a member of such an important group.

Ickis added, "... To these Montefresco pioneers and founders in Antigua, to my advisor professor and thesis Chairman George Cabot Lodge, my thanks and admiration."

The special guests and honorees of the night were Harvard Professor Jim Austin, Harry Strachan and Marc Lindenberg +, in the person of Cathy Lindenberg, both Rectors of INCAE.

Additionally, this event served to recognize the graduates of PAG I and II present, as well as the founding faculty who managed to attend:

On April 23, 2009, the second meeting of the Circle of Founders of INCAE was held, where the first 45 years of the first program with which INCAE was born, the Senior Management Program, recognized throughout Latin America as the INCAE's flagship program, the PAG.

The meeting was held in the City of Antigua, Guatemala with the INCAE National Committee represented by Danilo Siekavizza as the host of the meeting. The event began with a lunch at noon, followed by two presentations, one by Professor Alberto Trejos and the other by Professor Julio Sergio Ramírez, both sending an urgent message about the need to create mechanisms to resolve the leadership crisis in America. Latin.

In a formal and emotional ceremony in the afternoon, the participation of three important leaders who participated in the creation of the institution was recognized:

Additionally, seven PAG I graduates were recognized. These seven leaders were not only interested in this executive program that Harvard Business School was offering at that time, but also, they were the ones who joined in the thought and decision to create an institution that would change the direction of this region. These seven graduates were:

This meeting was held on May 25, 2011 at the INCAE Campus in Alajuela Costa Rica. During this meeting, Professor Esteban Brenes made a full presentation on the findings during the first year of research of the Chair in Agribusiness Strategy, created with the first 7-digit donation received by Steve J. Aronson, founder of Café Britt, as part of the Illuminate Campaign.

The event revolved around the founders, and special recognitions went to Wickham Skinner, Harvard professor emeritus, and Walter Kissling Gam +, second President of the Board of Directors of INCAE, in the person of his daughter Alexandra Kissling Jimenez, graduate of the founding class. of CALI, and member of the INCAE National Committee.

Additionally, this event served to recognize the graduates from PAG I to V present, as well as members of the National Committees from the years of the foundation and the founding faculty who managed to attend.